In Amsterdam, it can take a somewhat trained eye to even know you're in the "bad" part of town.

First, there's the immigrant issue. Actually the issue is more with the children (the male children) of immigrants. Immigrants, and not just illegal immigrants, are considered a problem here and in most of Western Europe. Citizens of Moroccan decent take most of the blame here. Some--but not all--of it deserved.

Here, for instance, are three youths blocking the bike path. Just because they can. 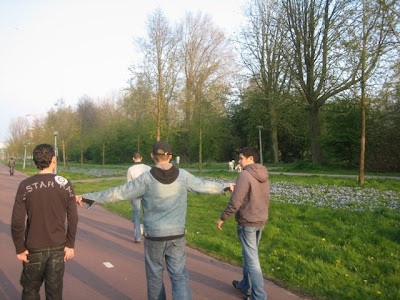 Dudes, you're so cool. So tough. So I had to bike around them on the grass.

Then there's this picture: 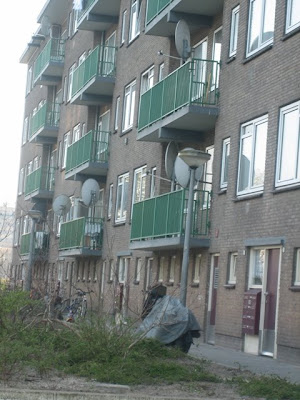 To an American, it probably looks innocuous. But to many Dutch people, this gives reason to not want to live in the neighborhood.

It should be noted that even in the "bad" part of town, there's a pretty canal to stroll down. 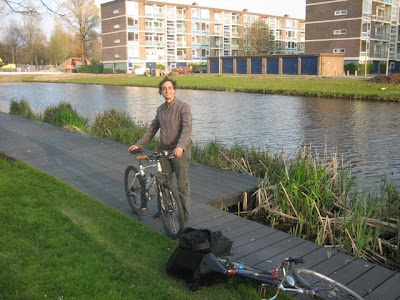 And more desirable middle-class--even upscale--housing being built across the street. 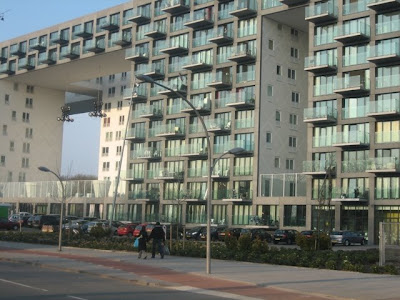 Email ThisBlogThis!Share to TwitterShare to FacebookShare to Pinterest
Labels: amsterdam