I always accepted free coffee. And I'm proud of it. There's nothing wrong with that. The links I built over coffee helped me be a better patrolman.

Accepting free coffee or a free meal should not be against the rules. But it is. People say it's the start of corruption, but it's not.

I mention this because this Chicago police officer was going too far. The Chicago Tribune reports:

A Chicago police officer was suspended for 15 months and ordered to undergo counseling for demanding free coffee and pastries from six Starbucks Coffee houses over five years.

The Police Board of Chicago decided in May to suspend Officer Barbara Nevers, a 14-year veteran, after finding her guilty of using her job as a police officer to intimidate the employees of the coffeehouses to give her free coffee by flashing her badge, handcuffs or gun when they asked for payment.

"I don't pay for coffee, I am an officer, I get coffee for free," Nevers, 55, allegedly told employees who asked for payment.

I think there are two rules police should follow before accepting anything for free: 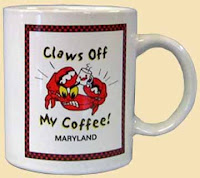 1) Always offer to pay. And I mean always. Just because your last sandwich was free doesn't mean this one is. If you always offer to pay, you'll never be in awkward position where somebody feel compelled do something they don't want to do (like give you something for free). And taking something without paying? That's theft.

2) Be open about any freebies to your fellow officers. I'm not saying you want to advertise your sources too much. Because we all know that nobody screws up a good thing like a bunch of cops. The reason people don't give freebies to cops is because then every cop in the city shows up. And at some point a line is crossed. A cup of coffee is OK. Even a meal is OK. A flat screen hi-def TV isn't (but I have no problem with the discounts cops get here from a large electronics store).

How do you know you've crossed a line? When you tell other officers and their eyes bug out and turn away saying, "I don't want to hear that shit!" Or alternatively, "How do I get me one!!!" If police are surprised, you've gone to far.

And it goes without saying (but I'll say it anyway) to not promise anything in return.

But, you may ask, if people don't expect anything in return, why would they give police freebies. One, because it's nice. Two, because they like having a cop around. Three, maybe because you speak Greek. And four, yeah, maybe they do expect something in return. That's nice. I don't care what they think. Besides, do you really think I'm so cheap that I can be bought for $1?!

Any blanket prohibition on freebies puts officers in a bad spot and forces them to break the rules. If you can't prohibit something successfully, it's better to regulate (where have I heard that before?).

Besides, sometimes it's rude to say no.

A place on Harford road had great chicken sandwiches. Other cops got a good price. Mine were free. But I always offered to pay. I once asked one of the Greeks who ran the carry-out joint why they didn't move to a safer location (that plexiglas ain't as bulletproof as you might think). He said, "Have you seen prices we charge? You can't get away with that in Greektown."

Ikarus was a block from home on Eastern Ave. The owners there are wonderful. Even before I was a cop, they were good to me. I found my apartment through them. And have have great crab cakes. They opened at 11. On the unfortunately days when I was still in uniform at 11am (normally I was off at 8am), I could eat for free. But if I were still in uniform at 11am, I probably wanted a drink. And I couldn't drink in uniform. So I would prefer to change and pay.

McDonald's give all cops free food. But I don't like McDonald's so I wouldn't go there.

7-11 had courtesy cups. Anything in one of those was free. It wasn't just for cops. Others got them, too (like delivery men and employees). Nothing wrong there. Plus 7-11 have decent private bathroom.

And Dunkin' Donuts, well, it depended on who was working there. I like their coffee. I would always offer to pay. Sometimes they took my money. Sometimes they didn't. Either way, I much preferred a good fresh pot of coffee to a bad free pot.

Yolande, the woman who made the best and freshest coffee (she always knew when our shift change was) never charged. And she remembered how each of us took our coffee. She was so on the ball, so mentally alert, so able to multitask (and yes, so sweet... and good looking, too). We tried to get her to become a dispatcher. But the pay wasn't good enough. I think she went to work for Coca-Cola or something. The coffee was never the same after that.

This is an example of the entitlement complex that seems to afflict too many of Chicago's finest (not to mention Chicago's political class). Real smooth, Officer Nevers. I swear that's not just my "Downstate" attitude kicking in, Peter.

Not too long ago I served as an auxiliary police officer in a town adjacent to the city I live in. The officers would stop by one particular gas station all the time and get soda (from the fountain, machine or whatever you'd call it). I offered to pay the first time and the guy just said, "oh, you guys don't have to worry about it." I was cognizant of the fact that this was not a huge deal, yet I was still a bit uncomfortable. I kept thinking of that scene in Serpico where they get the free sandwiches (shitty leftovers, mostly). I was basically just concerned with how the public would view this. On the other hand, if I was on a call at a private residence and was offered coffee, I wouldn't feel that way at all. I guess this whole freebie situation is kind of comparable to "ladies night" at a club, but I have mixed feelings about the practice.

I agree with Dave H.

Having retired a few years ago after 32 years as an officer I can say I never took a free cup of coffee or any other gratuity. A cup while taking a report over the kitchen table is being polite. Taking something from a business that sells coffee is taking a gratuity. Taking a cup of coffee from a business says you can be bought. It is so sad that so many officers compromise your ethics for so little!!