Prop. 5 and the Prison Guards' Union 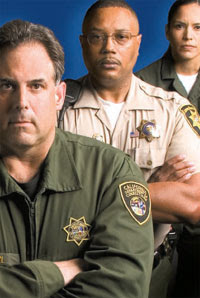 The California Correctional Peace Officers Association (CCPOA) is the union for prison guards. I'm all for unions for prison guards. They have a tough job, horrible working conditions (uh, prison), and I certain would not want their job.

I believe their union should have a loud and robust voice on such things as pay, working conditions, health-care benefits, and retirement pension.

But prison guards, or correctional officers, as the prefer to be called (even though they don't do much correcting), should have no voice on sentencing policy. Think of it like the maker of electric chairs giving big bucks to politicians that support the pro-death.

In 2004, the CCPOA strongly opposed Prop 66 which would have softened the state's three-strikes law by restricting the second and third strikes to violent felonies. The proposition was narrowly defeated. 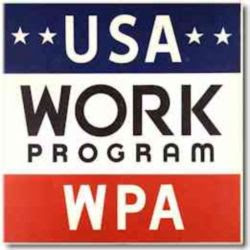 Now they're against California's Prop 5. To be honest, the details of Prop 5 aren't important. Not to the union. All that matters is whether or not the proposition would increase or decrease the number of prisoners. Prop 5 would divert people away from the prison system (related to non-violent drug offenders). That's a good thing if you're a tax payer or a human being. But it's bad if you see the prison complex as one giant jobs program.

When it comes to government jobs programs, I'd much prefer to actually build roads and bridges and parks, WPA style. But that, I suppose, is socialist.

"When it comes to government jobs programs, I'd much prefer to actually build roads and bridges and parks, WPA style. But that, I suppose, is socialist."

Well Peter, in post-bail out America, we're all a bit socialist!

I agree w/ you that the guards should butt out of sentencing issues. Prop. 5 would humanize the system and the CO's don't like it???? I can appreciate the desire for job security, but in this instance, the CCPOA reminds me of the angry mob in that episode of South Park that kept hollering, "der takin' r jawbs! der takin r jawbs!"

It will be a better day in America when CO unions (and police unions) focus more on enhancing their professionalism and less on being uber protectionists. While I agree with you that public safey workers need unions, episodes such as this make me very cynical about public employee unions. I mean, just who do these guys think they work for?