Very interesting article by Vince Beiser of Miller-McCune about drug policy in Vancouver (thanks, Louise). It is also fair and balanced. From the article:

Canada’s third-largest city has embarked on a radical experiment: Over the last several years, it has overhauled its police and social services practices to re-frame drug use as primarily a public health issue, not a criminal one. In the process, it has become by far the continent’s most drug-tolerant city, launching an experiment dramatically at odds with the U.S. War on Drugs.
[...]
Vancouver has essentially become a gigantic field test, a 2 million-person laboratory for a set of tactics derived from a school of thought known as “harm reduction.” It’s based on a simple premise: No matter how many scare tactics are tried, laws passed or punishments imposed, people are going to get high. ...

Harm reduction is less about compassion than it is about enlightened self-interest. The idea is to give addicts clean needles and mouthpieces not to be nice but so they don’t get HIV or pneumonia from sharing equipment and then become a burden on the public health system. Give them a medically supervised place to shoot up so they don’t overdose and clog up emergency rooms, leaving their infected needles behind on the sidewalk.

Give them methadone — or even heroin — for free so they don’t break into cars and homes to get money for the next fix.
[...]
Though Vancouver is cutting the collateral damage caused by hard drugs, the city is making far less progress in reducing the number of users. Surveys report that drug use is higher in British Columbia than in the rest of Canada. A recent poll found that almost half of all Vancouverites consider drugs a major problem in their communities — a figure double that for residents of Canada’s biggest cities, Toronto and Montreal.

With serious drug users come rip-offs, break-ins and holdups for fix money. So it’s no surprise that Vancouver’s property crime and bank robbery rates are higher than most of Canada’s. The city also has more gun-related crimes per capita than any other in the nation, a fact at least one criminologist has linked to the number of substance abusers. 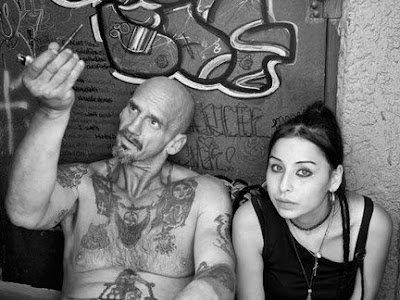 So, does anybody think this is a valid test of any anti-prohibition theories?

I think it is. For better and for worse. Of course we want to learn from these experiments in drug policies.

I think there are two general problems with "liberal" drug policies:

1) They're made only with the drug user in mind, and not the decent folk that live in the neighborhood. Look, I don't care if somebody wants to be an addict. I want drug treatment. I don't want to live next to methadone clinic. Classic NIMBYism. But who does want to live next to a methadone clinic? Heroin junkies generally do not make good neighbors.

2) A place that is addict friendly will mostly attract more addicts. This isn't helpful for the place. I don't know how to avoid this. The Netherlands avoids this somewhat by having national policies towards drug abuse. That will be harder here.

The first place that says we won't arrest addicts--and perhaps even give drugs out--will become a mecca for drug addicts. This will not help the cause of drug treatment or improve property values (and all that represents). I'm not certain how to work around this problem. But I believe it can be done.

I think its important to note two things:

1. Vancouver has a long-standing drug problem which has persisted through years of a prohibition style approach to the problem.

2. That methadone can be presribed by any pharmacist in the province so the issue is not about the location of "methadone clinics",it is about answering one very important question: how do we deal with the harmful effects of (inevitable) drug use in our communities?