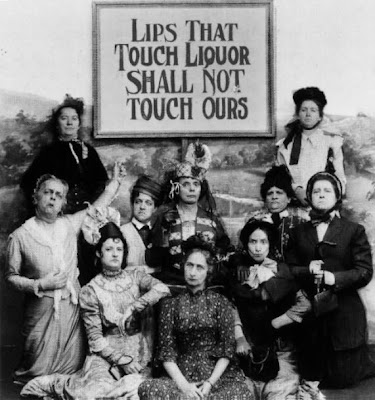 I just learned through a friend on Facebook that it's Prohibition Repeal Day. No better time to think about vice and the virtues of individual freedom. But remember that the end of Prohibition brought despair, crime, more drinking, and criminals. Oh no, wait, that's the wrong press release. That's what prohibitionists said would happen after we legalized a popular and dangerous drug. When we did regulated alcohol in 1933, murders went down, the mob lost a lot of power, people stopped violating drinking laws, and the government stopped wasting time and money arresting people for selling a drink.

If you support the war on drugs, at least be consistent and advocate for the return of alcohol prohibition, too. Think of the children. Prohibition isn't perfect, but it's better than the alcohol free-for-all we have now! Think of how much safer they'll be after we crack down on those grog shops and foreign liquor peddlers. Here's to an alcohol-free America! 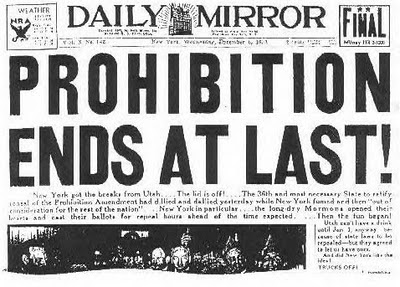 Did you take a good look at the women in that picture? They are some ugly ass women. A man would need a few drinks before kissing them.

My thoughts exactly! I was wondering if anybody would notice/comment.

Has anyone looked into it? I mean when I first saw that photo (I can't recall where) I thought it was a setup, a Photoshop'd fake. For exactly the same reasons y'all mention.