Body Cams and the mean streats of Basingstoke

The BBC has a short (2 min) and surprisingly informative clip on body cameras. But the real reason I'm posting this is because this attack on a police officer took place in Basingstoke, England. Now you may know Basingstoke for its roundabouts (traffic circles)... actually you probably have never heard of Basingstoke. And that's OK. But I know Basingstoke because the wonderful people of the Hampshire Constabulary let me walk and bike around with them in the fall (autumn) of 2011. I was at Bramshill, the National Policing College. Good times. (Bramshill was recently and shamefully sold to save money.)

Sgt. Kerry Lawrence was attacked last July. According to the BBC, she has since resumed full duties. I wish her the best.

For what it's worth, I remember asking a police officer in Hampshire, "when was the last time a Hampshire officer was killed on duty?" Whomever I asked pondered for a moment (and asked if car crashes counted. I said no) and then, taking a sip from his cuppa, replied, "I don't think ever." That is pretty typical for over there. It's not that there's no crime or violence in Basingstoke, but on Halloween, one big worry is the illegal sale of flour or eggs to people under 16.

For what it's worth, the unprovoked and near fatal attack on Sgt Lawrence received a sentence of three years. That low (for America) sentence length is also pretty typical over there.


"I know it was an extremely traumatic experience for Sgt Lawrence and her family and it also had a significant impact on her team and others at Basingstoke Police Station.

"I am pleased that the courts have recognised the seriousness of this offence in the sentence passed today."

"Police officers accept that they perform a dangerous and unpredictable job.

"I am pleased that the judge has given an appropriate sentence for this vicious and unprovoked attack on PS Lawrence."

Things are different in foreign lands, I tell you.

Here are few pics I took back in 2011. Only the bikes are in Basingstoke. The others are in the surrounding rural area, which looks like a friggin' magical kids' story book! 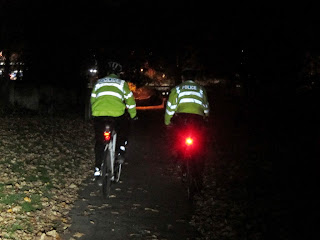 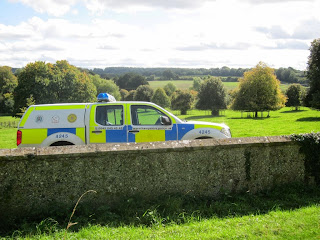 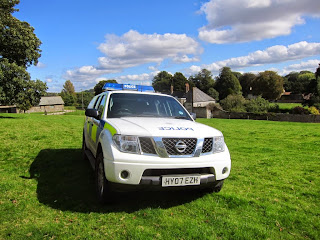 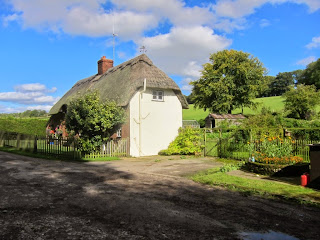