"Fruit and other food in season... seems to have been completely overlooked"!

I love spending time in John Jay College's great Lloyd Sealy Library browsing NYPD annual police reports from 100 years ago. Even older ones are available to the public online.

Three motor patrol wagons were installed during the year 1912 [making 4]. It is proposed to immediately purchase ten additional wagons of the same type. Each of these vehicles replaces three horse-drawn wagons. The savings in salaries of the drivers alone pay for the original cost of the vehicle [$2,840] in about six months.

Pay was to be not less than $1,000 for a patrolmen. Pension was requested to be 2% per year after 25 years of service. 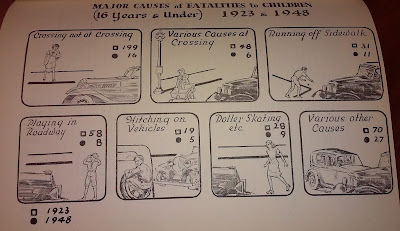 I love the category of "roller skating, etc."

From 1926 to 1933, an average of 7 officer a year "died in the heroic performance of duty." An additional 5.5 died "as the result of accidents while on duty." There were just under 19,000 uniformed personnel.

There were 12 motorcycles with side cars, armored. 64 2-passenger radio equipped coupes were purchased. There were 240 2 passengers, radio equipped "runabouts." 123 had no radio. Keep in mind there were one-way radios! "Standard equipment, seven tube super-heterodyne radio receivers have been installed in four hundred Department automobiles." Radio Motor patrol made 2,162 arrests.

The Unemployment Relief Bureau was established to function in connection with the work of obtaining aid and relief for the unemployed.

Members of the Force were assigned to investigate applications for the relief cases of distress, visit owners of property whose tenants were in arrears in payment of rent with a view of obtaining monetary relief from the Mayor's Official Committee.

Food checks were issued to families requiring assistance.
...
The nature of relief rendered through the Mayor’s Official Committee was as follows:
A) monetary assistance
B) distribution of food tickets
C) Distribution of fuel
D) distribution of clothing
E) Securing positions for unemployed
F) cases referred to other agencies.

My favorite part goes comes from the 1913 report and the complaint about the lack of "fruit and other food in season" at the canteen, something "that seems to have been completely overlooked"! Well, I say, the Chef does need to up his game! 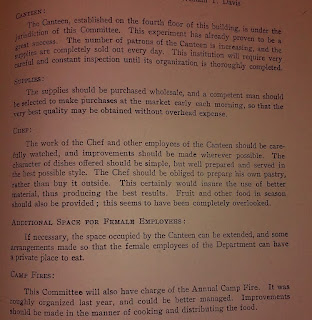 And here's the official chronology of the NYPD, up to 1900: 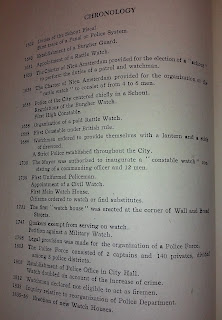 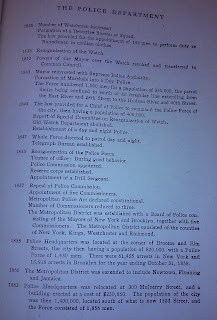 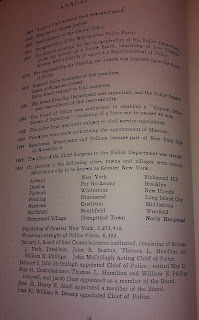 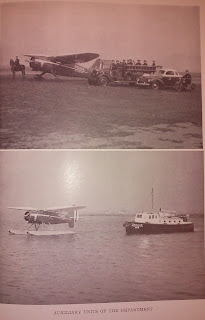 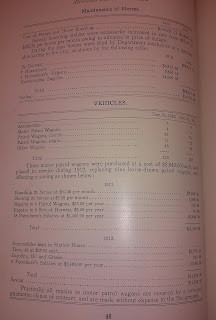 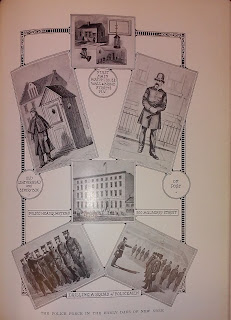 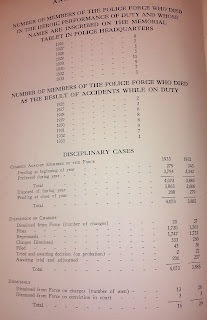