Yesterday the verdict came out. I wrote this op-ed for the Washington Post:


This current scandal is more than a case of a few bad apples, though bad apples they were. These officers acted with impunity until the FBI caught wind of their actions through an unrelated criminal investigation in Pennsylvania. A specialized police unit cannot survive for years as a criminal enterprise without the implicit — or overt — acquiescence of higher-ups. Effective leadership could have prevented this. Bad leadership has consequences.
...
Corrupt units tend to be specialized and selective. Once murky rumors begin about a unit or officer, good cops stay away for fear of trouble. The corrupt and brutal cops work together, as I once heard, as if pulled together by some magnetic force. You don’t just randomly get assigned to a plainclothes “gun trace task force.” This unit segregation removes officers from the otherwise corrective influence of the honest rank and file. There is no formal colleague review in policing; perhaps there should be.

Honest cops — still the vast majority — avoid trouble, as any citizen should hope. The rank and file cannot be blamed for keeping their noses clean, especially when unresolved questions remain about the integrity of internal affairs and the prosecutor’s office. These officers in Baltimore were guilty, but the systemic problems represent a failure of leadership, the same leadership that absolved itself of responsibility by inviting the Justice Department to investigate after Freddie Gray’s death.
...
Until 2015, policing and Baltimore had been getting better. After an excess of zero-tolerance policing in the early 2000s, Baltimore saw a sustained decline in both murder and arrests. From 2004 to 2011, murders declined from 278 to 197 while arrests dropped from 42 percent. People even began to move back to the city. After six decades of decline, the population increased. These civic and public safety gains reversed in 2015. Last year 343 people were murdered in Baltimore City, and the population and tax base is falling once again.

This year the police scandal is yet another black eye for a bruised city. Mayor Catherine Pugh, in a statement she later walked back, said she was too busy to follow the trial. The acting and presumed next police commissioner, Darryl De Sousa, is well-respected but will have his hands full. Corrupt police officers deserve special blame for committing crimes while in the public’s trust. But for a wounded Baltimore to rise again, city leaders, both elected and appointed, must accept their responsibility and get things done.

The first Quality Policing Podcast of the new year is up. Peter and Nick begin in (where else?) Baltimore, discussing the trial of detectives Daniel Hersl and Marcus Taylor, from the Baltimore Police Department’s Gun Trace Task Force. The two are accused of a range of criminal activities, including robbing drug dealers, and carrying pellet guns as "drop guns," and using Donald Stepp of Double D bail bonds as a fence for stolen drugs. Also, if you must break into and steal from Kenny Bird Johnson's car, please do not be a "rat punk."

Also on tap is a discussion of the Electronic Frontier Foundation's new guide to the evils of body worn video, which Nick described with not a small amount of revulsion - listen to Nick's QPP Extra on Body Cameras and surveillance here.
This week a cop was shot in the face in Louisville (he will survive), and Peter and Nick discuss that, and the response to it, and Peter raised the story from San Francisco of cops getting run over by car thieves, and the officers not shooting at the moving car that ran over the cop and one of the suspects, not once but twice.

Finally, a story from Christmas-time, the continuation of the monumentally stupid practice of cops stopping people to hand out money donated by local businessmen. This started, we think, a few years ago (here's a USA Today story from 2015) but it's continuing now; here's a story from Ohio about cops stopping cars to hand out cash... And here's the story from Kansas City, KS Nick was discussing.

Handing out charity used to be function of police. While this is unprecedented in recent history, it is not without precedent. In New York City, for instance, under Mayor Fiorello La Guardia, police handed out "relief." Who better to give to the needy than the neighborhood officers who knew the needy (and "worthy") residents of their beat. Peter forget to mention that in the podcast, so thanks for reading. 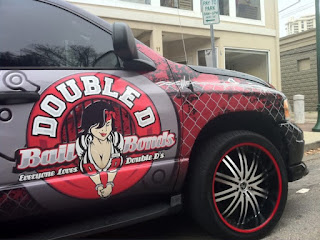 Email ThisBlogThis!Share to TwitterShare to FacebookShare to Pinterest
Labels: quality policing podcast
Newer Posts Older Posts Home
Subscribe to: Posts (Atom)
Peter Moskos is a professor and chair of the Department of Law, Police Science, and Criminal Justice Administration at John Jay College of Criminal Justice. He is the director of John Jay's NYPD Executive Master's Program, on the faculty of the City University of New York's Doctoral Programs in Sociology, and a Senior Fellow of the Yale Urban Ethnography Project.