These are pictures I took a few years back of a friend buying drugs in an Amsterdam “coffee shop.” I show it to my classes at John Jay College of Criminal justice.

Amsterdam is a beautiful city of canals and old buildings. 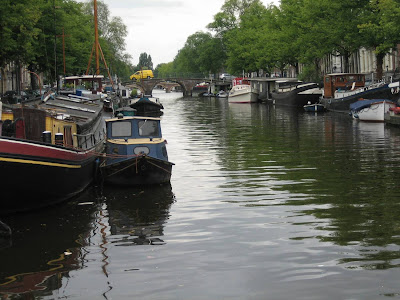 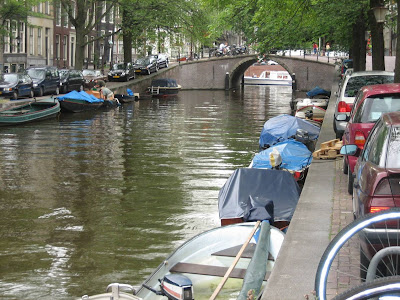 I love being on a boat. 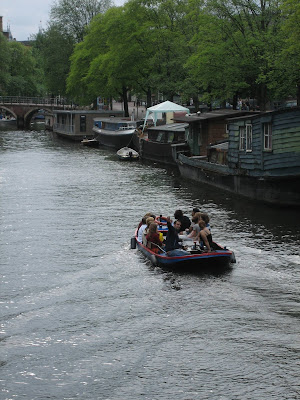 In a nice (and expensive) part of town, there’s a seed store. They’re not selling tulip bulbs here. 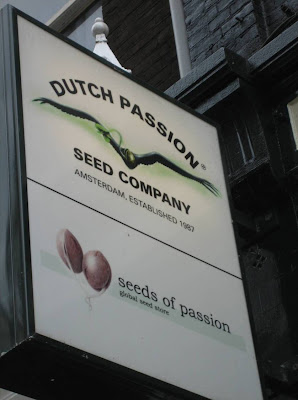 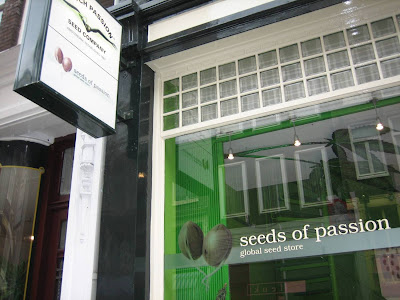 It’s a very sleek and modern store to buy all you need to grow your own dope. 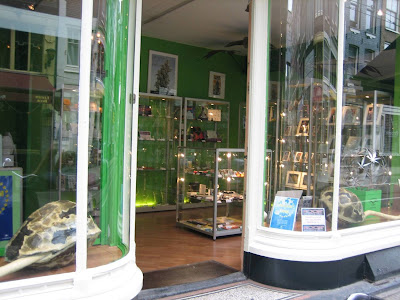 Around the corner, there’s the Hemp Hotel. I don’t think you have to smoke there, but I’m pretty sure they won’t kick you out of their bed if you do. 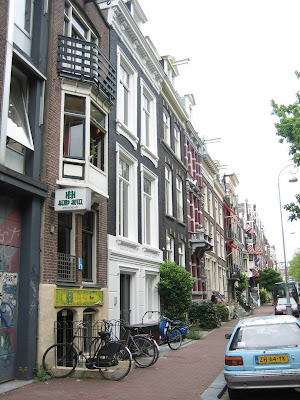 A block away, on the Reguliersgracht (of the Seven Bridges fame). 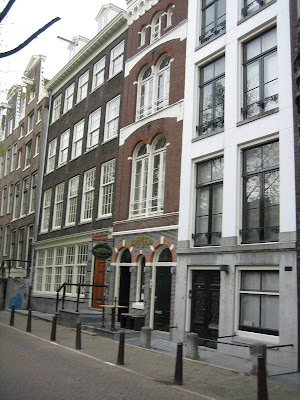 There’s a “coffee shop” selling marijuana and hash. Again, it’s nothing that will lower property values. 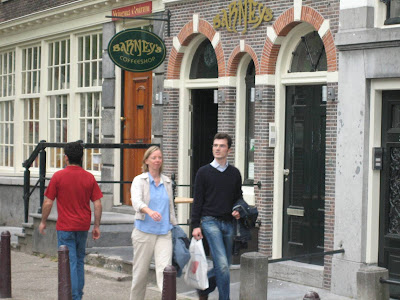 Even the police welcome you! 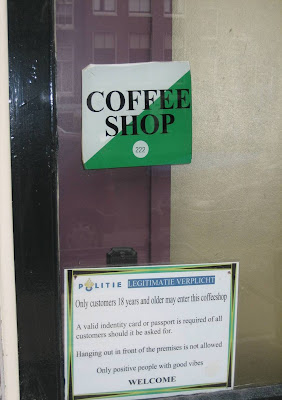 The store is licensed and regulated. It can be shut down by the police for any reason and without cause. But there never is trouble in a “coffee shop.” Partly because, well, why should there be? And also because the owners don’t want to risk losing their license. They know they’re sitting on a cash cow. This coffee shop can be open from 7 to 1AM. 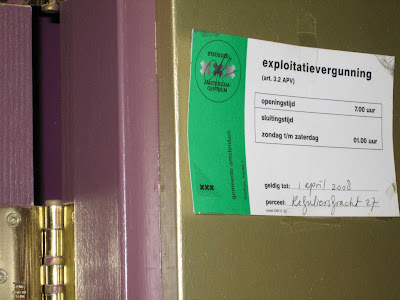 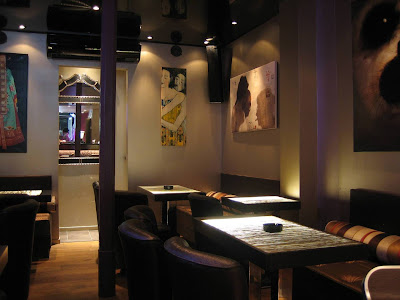 I had to ask my students what this was. How do they know? 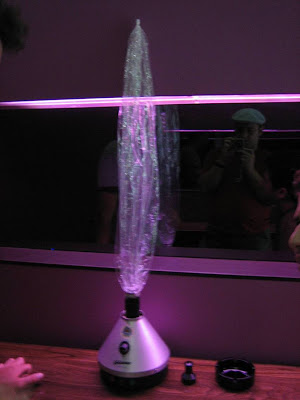 The guy working there was happy to show off the coffee and ice cream, but didn’t want me taking pictures of drugs. 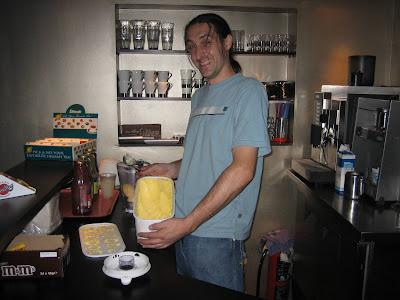 So I went to another coffee shop, across the street from the seed store. 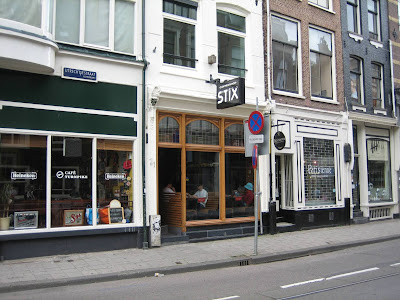 Here’s the menu. Standard cafe stuff except for the filters, screens, and rolling papers. 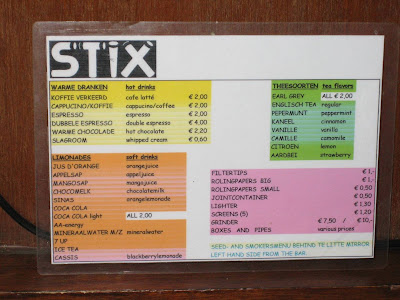 You have to be 18. The idea that consumption is “compulsory” cracks me up. But they’re not talking about drugs. You just have to buy something if you want to hang out in their store. Fair enough. 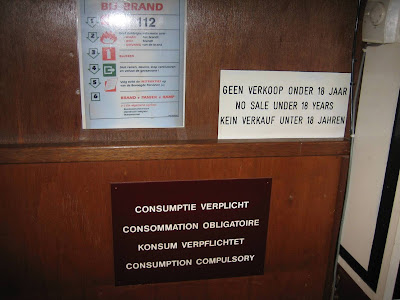 The drug menu is now behind a window that you have to press a button to see. I’m not certain why they made this rule. It’s not like people in a coffee shop don’t know they sell weed. But I’m always happy to see drug selling successfully regulated. 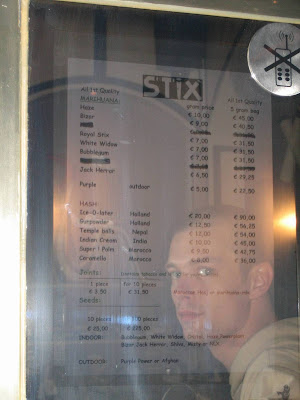 Here’s the money shot, as he weighs out some marijuana to sell. 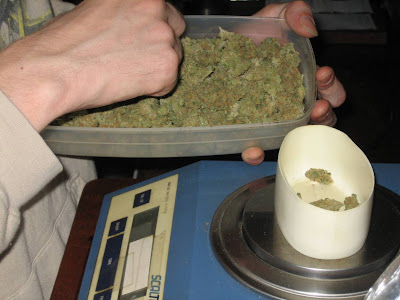 Many tourists don’t even know there are canals in the city until after they arrive in Amsterdam. 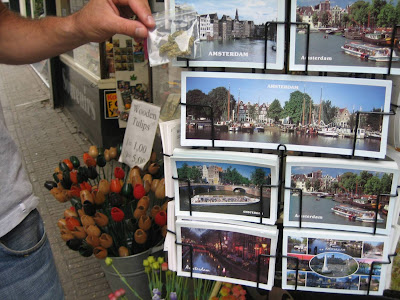 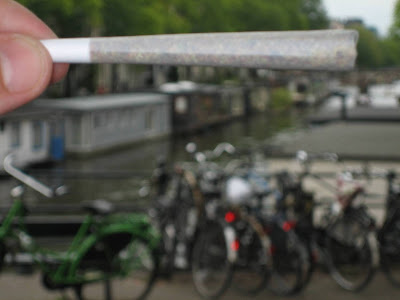 It’s that easy. So what’s the result? A nation of stoners? No. In fact, there are fewer marijuana smokers in Holland than there are in the United States. 37% of Americans have tried marijuana compared to 17% of people in the Netherlands. 5.4% of Americans admit to smoking in the past month compared to 3% of the Dutch (and I would imagine the Dutch would be more likely to admit it, since it’s not a crime). Heroin addiction is 1/3 in Holland. Incarceration rates are 1/7. The murder rate is 4 times higher in America. (the cites for these are in my book, Cop in the Hood, and also here.)

Could it work here? I don’t know. But why aren’t we even considering it?

Email ThisBlogThis!Share to TwitterShare to FacebookShare to Pinterest
Labels: amsterdam, war on drugs

and in 5 years since you wrote this article, what answer have you found to that final question?

Why aren't we, indeed?

Interesting that was five years ago. A lot has happened. Now we have two states figuring out the legal marijuana game. I can only assume that at least one of them will come up with a good plan!