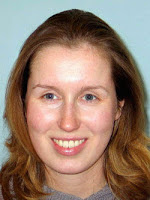 Police Officer Gabriëlle Cevat was shot and killed on her way to work. Cevat saw a drunk driver, called the police station, and proceeded to stop the driver. She was wearing street clothes and displaying her police identification.

Her killer, a 49-year-old Aruban-born resident of Amsterdam with a criminal record, was arrested in the apartment of his ex-girlfriend, who wasn't home. Three teenagers who were home fled out a window of the apartment.

Cevat is just the 5th Amsterdam police officer to be killed since World War II. 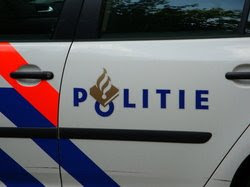 This really sucks. Condolences to those left behind--RIP. It is amazing that the department has only lost 5 officers since the war. You couldn't say that about any major U.S. P.D.

But without doubt a society that effectively regulates and limits guns is safer than one that can't or won't.

Hard to dispute that, Officer Pete. If the hard-liners could grasp the difference between an all out prohibition on a product and effective regulation set up for public safety reasons (also a necessary lesson for drug warriors) we could move this debate past the name-calling, black helicopter invoking stage. Oh, I was wondering, are the police in The Netherlands armed and equipped similar to their counterparts in the U.S., or do they have a U.K. style system (Note: I consider the U.K. sytem to be a serious officer safety problem, even though guns are severly regulated across the pond. Imagine trying to fend off a knife-waving assailant w/ a club!).

Amsterdam police are armed in the American style. But they usually leave their gun in the police station after their shift.

You know, even though I was trained not to, I always felt I could take out a knife with my night stick. One good wack! Perhaps lucky for me, I never tried.

Yeah, it might work. I just think police will always need access to a piece of equipment that can incapacitate aggressors from a significant distance. Right now, the answer is firearms. Who knows what it might be in the future. I would love it if police-involved shootings could fade into history, but we aren't there yet. I have seen some interesting gadgets that rely on a strobe light and tend to leave attackers disoriented. Who knows if this will ever stop the threat like a firearm. I tend to doubt it, but that's for the R&D folks to work out.