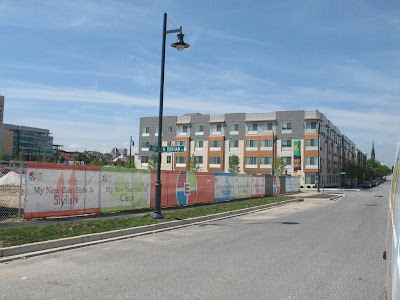 I just got this pic of the corner from Durham and Eager in the Eastern. I love the new PR campaign: "My New East Side is Stylish." "Clean." "Innovative." "United." "Exciting." "The Future." "Family." I hope it works. It looked nothing like this when I was there. In 2000 the corner looked like the picture below, which is of Eager and Chapel, 2 very short blocks away. Basically, both pictures were taken from the same spot, looking in opposite directions. 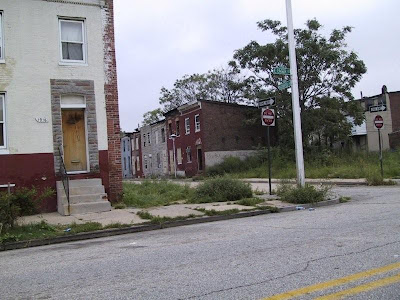 Google Earth still has an imagine from before the demolition. It's interesting because the block of Durham south of Eager was still filled with homes. But you can see other blocks entirely vacant. Eager is the east/west street in the middle. The house above with the feather duster on the door is still visible center right. The last home before an otherwise empty city block. 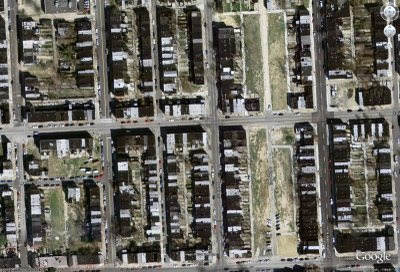 In all fairness, I should show a similar shot of a nicer part of the Eastern. Below is part of Sector 3. The Eastern District police station is at the top right. Homes below are owner occupied and well kept up. It even looks neat. Street violence is rare. Of course... I didn't work in Sector 3. 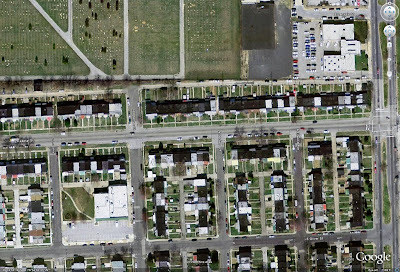