There used to be city here

It's sad to think about cities being abandonded. I hate to make the Eastern District stand for everything that's bad. It's bad in East Baltimore. But it's also bad in St. Louis, East St Louis, Detroit, Gary, Camden, Newark, the west side of Chicago. The list goes on and on.

Just two generation ago, this area was packed full with homes and families and people. Streets. Sewers. Water. Electricity. A roof over our head. Everything you need. Then the jobs left. Now, because of drugs, the war on drugs, and crime, it's literally abandoned.

If (like me) you're fascinated with urban decay, you should check out the work of photographer Camilo Jose Vergara. And some of later work shows before and after pictures of the re-habitation of Harlem. Good stuff.

And if you like Baltimore rowhouses, I recommend The Baltimore Rowhouse. It's not all decay. It's stained glass and marble stoops and Formstone! They may all look the same to outsiders, but you can pretty easily tell what part of Baltimore you're in just by the look of the rowhomes. 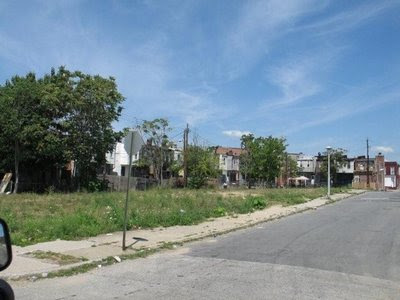 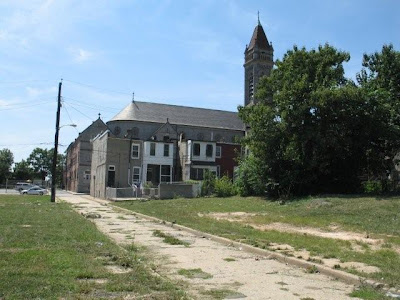 Above is a street, not an alley. Baltimore has a lot of narrow streets. I call them alley streets. But they're streets, with houses fronting them. Here the whole block just happens to be torn down.

This looks like west on E. North Ave. Can somebody please tell me what's up with people who roll themselves and their wheelchairs around with their legs? I associate it with the ghetto. And I just don't get it. 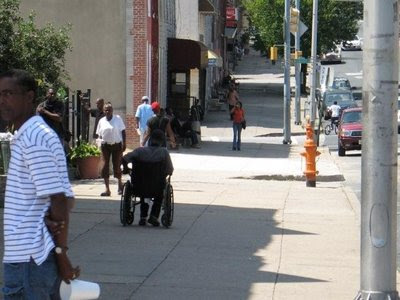 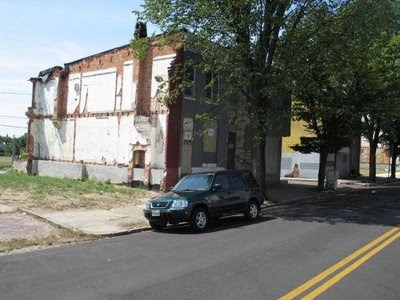 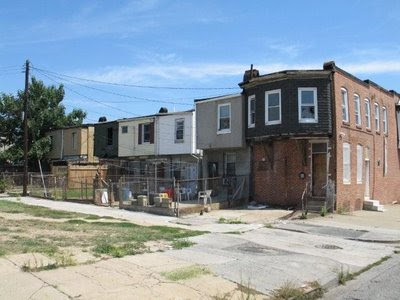 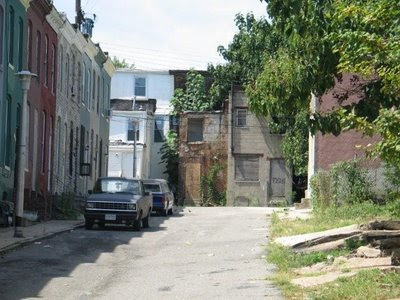 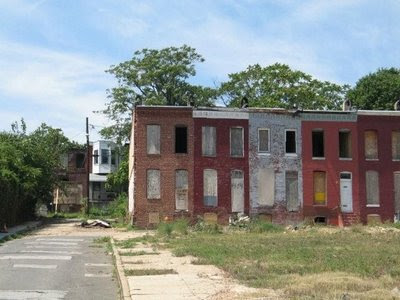 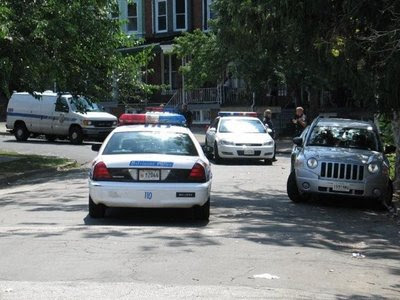