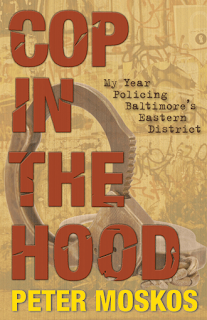 It's a great book. And I'm not the only one who says so.

"Riveting.... An unsparing boys-in-blue procedural that succeeds on its own plentiful—and wonderfully sympathetic—merits."
—The Atlantic

"Never mind 'The Wire.' Here is the real thing."
—The Wall Street Journal

"Just garbage! ... Who does he think he is telling me what to do?"
—My former boss, former Baltimore Police Commissioner (and convicted felon) Ed Norris

Read all the reviews here.

Go to your book store or Amazon.com to buy Cop in the Hood.

Email ThisBlogThis!Share to TwitterShare to FacebookShare to Pinterest
Labels: cop in the hood

Whether you agree with his points or not, Moskos did his homework and produced an excelent book.