It turns out you can fight City Hall. In 1857 they did. And won. It turns out that if you're City Hall, you can't fight the State House.

The winner of this brawl at City Hall between two competing police departments got to be New York's Finest! 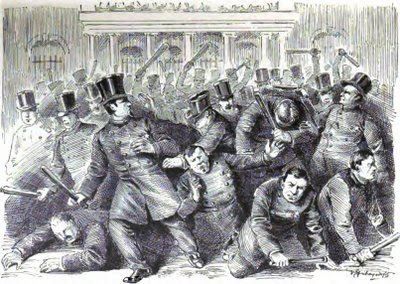 The mayor was arrested and New York State took over the police (before giving them back a few years later).

I just got the image from wikipedia to use in class and thought I'd share.