In the remaining hot spots, normal policing and services continued.

Then researchers from Harvard and Suffolk University sat back and watched, meticulously recording criminal incidents in each of the hot spots.

The results, just now circulating in law enforcement circles, are striking: A 20 percent plunge in calls to police from the parts of town that received extra attention. It is seen as strong scientific evidence that the long-debated "bro ken windows" theory really works - that disorderly conditions breed bad behavior, and that fixing them can help prevent crime. 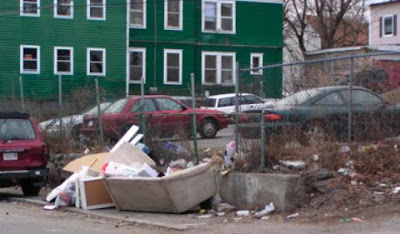 Read the whole story in the Boston Globe. I'll try and get my hands on the actual report.

"We demand it in fields like medicine," Weisburd said. "It seems to me with all the money we spend on policing, we better be able to see whether the programs have the effects we intend them to have."

This part of the story is key. Policing, which has made gradual strides towards becoming a profession over the years, needs to make the leap at some point. Evidence-based policing, progressive academies/FTO periods, and more stringent educational requirements may combine to make policing more like the other professions. Thanks for this post, Peter.