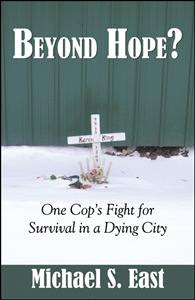 The glorious genre of Cop Lit has many notable contributors. The writing ranges from the driest academic tome to the cheesiest pulp fiction. There a pretty extensive list of police books at police-writers.com. A lot of them are crap. But many are good.

Two of the best older police books are Jonathan Rubinstein's City Police and Joe Poss and Joe Poss and Henry Schlesinger's Brooklyn Bounce. The former was an academic who went native (nobody knows whatever happened to Rubinstein--rumor was he retired and ran a liquor store in Philadelphia). Poss and Schlesinger are doing just fine, living in NYC.

(And of course there's my book, soon to come out in paperback with a brand new chapter.)

The best police books, whether academic or pop, have a few things in common: a confidence in the writing, a good voice, an awareness of one's surroundings, humility in knowing one's limitations, the ability to link the personal observation to greater truths, courage to face uncomfortable truths, and the ability to tell a good yarn. In other words, a good police book needs many of the same qualities of a good police officer. But most cops don't write good books.

Michael East has written a good book. Beyond Hope? is his story policing Saginaw, Michigan. I've never been to Saginaw, but it sounds grim. Kind of like a smaller, poorer, f**ked-up Baltimore.

Beyond Hope? is finally for sale. I was able to read an advanced copy so that's how I know it's good. Buy it today! If you like cop stories (and if you're reading this you do) or have a thing for cities in decline, this is a book for you.