OK. I'll be honest. I had never heard of the guy either. But it turns out he might be responsible for America's great crime drop (not that he ever claimed such a feat). But he did hire Bill Bratton to run the New York Transit Police, and that was perhaps the start of it all. 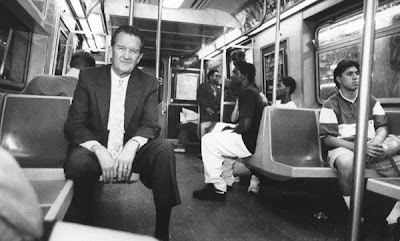 “Effective management is doing small things well, and sometimes small things include picking up paper,” Mr. Kiepper told The New York Times in 1990. He had just picked up litter and a penny from a subway platform, drawing stares from straphangers. “The penny I’ll keep for good luck,” he said, “which anyone would need to run a system of this magnitude.”

It seems like he took just as much pride as starting Poetry in Motion (something I, a subway rider, always appreciate):

I'd never heard of him either. Rest In Peace, Mr. Kiepper. Thanks for the link, I sent it around.