Of all the places for heaven on earth, people rarely think of Queens.

I was just about to get to work when a friend called and said to meet him in the park for a picnic. So off we went to meet him and his son. My friend, a restaurant owner from Egypt (he's been featured on all the big TV-Chef shows with Bourdain, Zimmern, Jamie Oliver, Bobby Flay) is a well traveled man. And his favorite place in the world? "Astoria is heaven," he said. "Where else do you find the whole world in a few blocks? And everybody getting along."

He may have a point.

We got left-wing art: 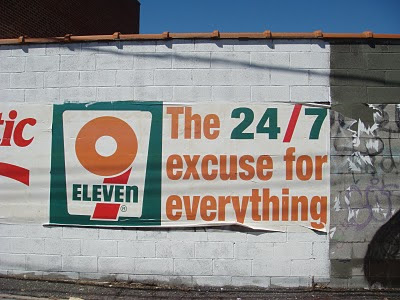 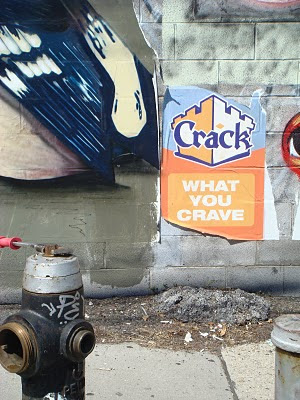 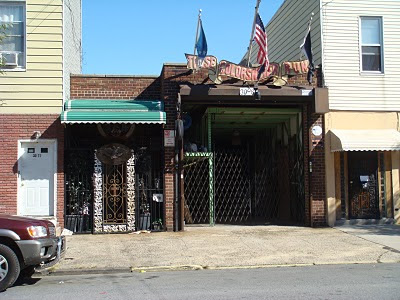 And then in the park, a man approached looking suspiciously like Buzz Lightyear on a bike. 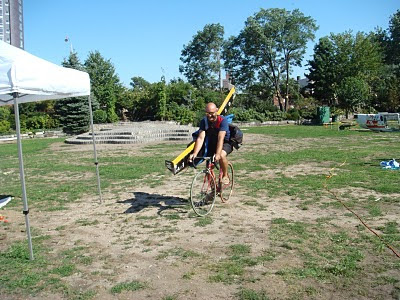 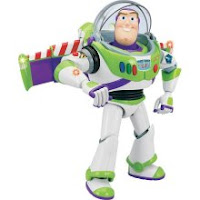 Turns out the man was carrying a plane. A small plane, but one that indeed flies. A model plane? Well, yes, but cooler. FPV-flying, I learned, means first-person-view flying. There's a camera on front and he puts on goggles and flies from the plane's perspective.

There's also a second camera to record. He was trying out a new hi-def camera. Hopefully there will be a video of it soon. 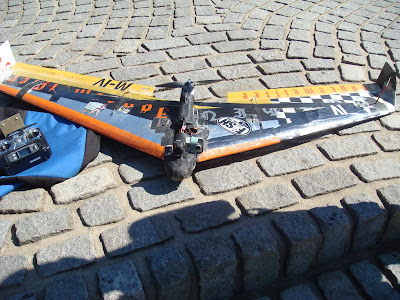 "No," he said, "Because they can fly on their own. Without me, this crashes." 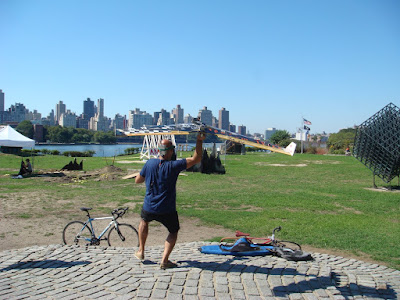 I'll be damned if it didn't fly around Roosevelt Island, buzz a tug boat, and make a soft and successful landing (especially when you consider there are no wheels).

Then on the way home we passed a Jersey farm stand on the most un-rural of streets (21st Street) and bought some peaches, corn, and tomatoes. 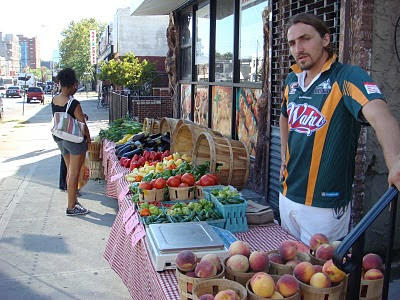 And this was just today. Last week we even our very own alligator on the loose just two short blocks from my home. 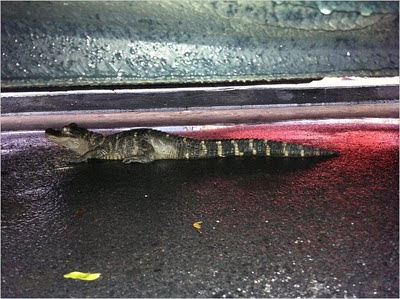 I really should leave the house more.

I probably would if it weren't for the gators on the loose!

[Update: Turns out it's horrible here.]

What kind of guy goes on a picnic with another guy?? I should have known that there was a small boy involved !! The next time you use the public rest room don't forget to tap your toe.