Our Evening Constitional Past the Mosque

We went on a "hidden harbor" tour Tuesday evening that went through NY Harbor and down to Port Elizabeth (by Newark Airport). Industrial decay... working harbor... good stuff! It was a beautiful evening. But as a harbor, compared to Rotterdam, it looks like Single-A. The guide said the biggest six harbors in the world are now all in China. 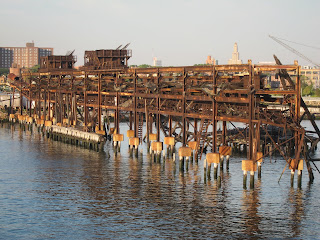 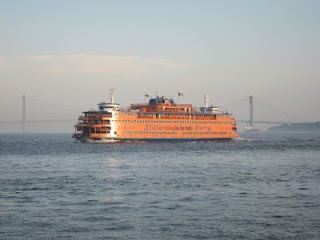 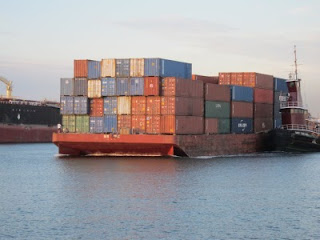 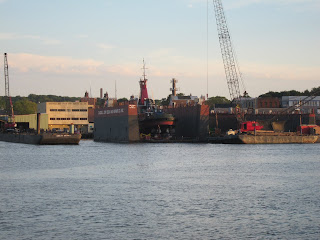 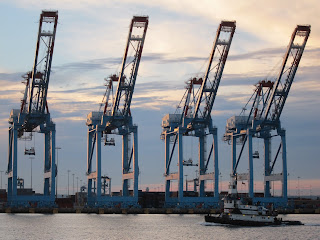 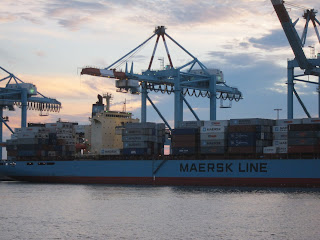 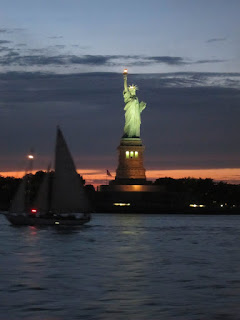 Everybody thank the French for the Statue of Liberty. And for french fries.

Afterward, because it was so close to the boat--like I said, everything is close in lower Manhattan)--we decided to walk past the World Trade Center and mosque sites. The World Trade Center site is still an embarrassing lack of actual building. But hey, it's only been nine years. On the plus side, at least there are more cranes there actually lifting things.

A few block away is the site of the mosque and center. Of course there's a TV truck outside. 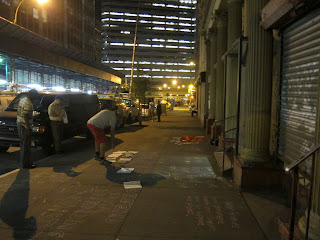 The site already is used as a mosque, by the way. But now they pray in the basement.

The building in question, next door. 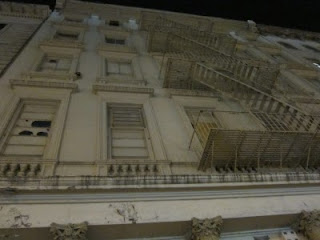 More interesting is the graffiti on the ground. I wasn't expecting this. Not even in New York. 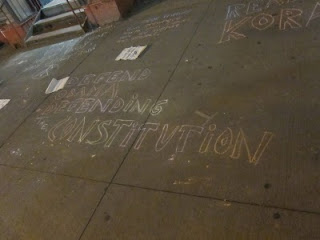 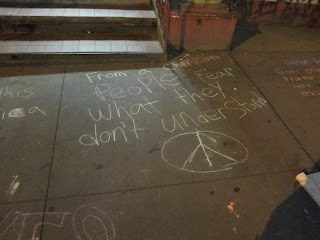 Pro-mosque, pro-tolerance, and pro-Obama graffiti. And some lefty-fliers and a few books.

It turns out that what kills at the location is not Islam, it's dog feces and urine! I suspected that all along. 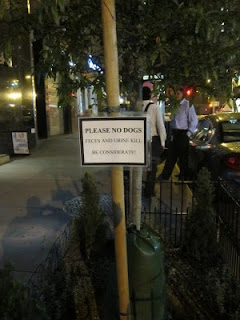 Meanwhile, a few doors down, the AT&T sign made me think of the Constitution (a bit hokey, I know, but that's what I thought of!) 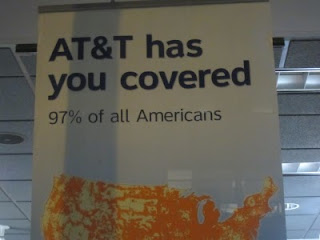 Walking back to the subway, another shot of the WTC site. The figures on the construction wall in front of the church are walk signs from cities around the world. 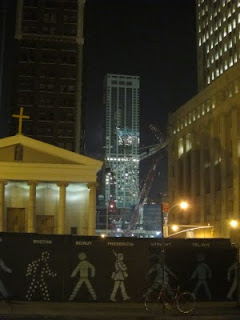 And the gas lights and fountain at City Hall Park at night, one of New York City's not so secret gems. 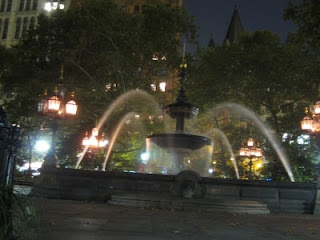 Finally two candid shots of the subway, just in case you've never seen it. This is what New Yorkers look like when they are no TV or movie cameras around. 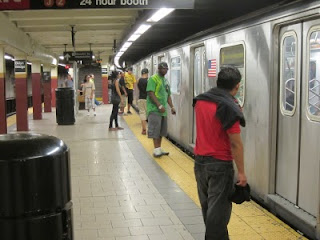 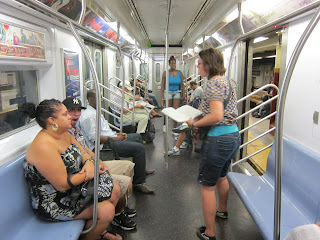 Feels like a slow news month and the media needs a tempest in a tea pot. Associated Press is pimping their story that 63% of people surveyed in New York City are opposed to the mosque. Wonder how many of those 63% know there's already a mosque 2 blocks north of the proposed mosque site? It would, however, be hilarious if the folks talking about putting a gay bar next to the mosque go through with it.

All Easy-Bake Oven controversy aside, has anyone said why, exactly, they want to put a mosque at this particular location? There have got to be cheaper places to find real estate than lower Manhattan. Also, have the folks that want to put the mosque at that location gone out of their way to denounce the militants within their religion?

I think they want the mosque at this location because it already is the location of their mosque.

And I don't think there are cheaper locations because (I think) they do get some lower Manhattan development money. But I'm not sure about that.

Nor do I know what they've specifically said about militants, but I haven't been following too closely. I'm pretty sure they've denounced militants as they are considered "moderates."

The NYT has a feature on the Imam in question, Feisal Abdul Rauf:

He consistently denounces violence. Some of his views on the interplay between terrorism and American foreign policy — or his search for commonalities between Islamic law and this country’s Constitution — have proved jarring to some American ears, but still place him as pro-American within the Muslim world....

“To stereotype him as an extremist is just nuts,” said the Very Rev. James P. Morton, the longtime dean of the Church of St. John the Divine, in Manhattan, who has known the family for decades.