A liquor store in Baltimore is being forced to close because a man was killed there and drug dealers congregate. I'm of mixed feelings. Liquor stores in the ghetto are hardly the most sympathetic businesses. But if they were all shut down, it's not like the neighborhood's problems would suddenly disappear.

It's a shame there aren't more locally run business in the ghetto. In many ways, the Eastern District is typical. Here's a quick, perhaps inaccurate, and certainly unpolitically correct history of business life in the Eastern.

In the old days, or so I hear, many of the local businesses were run by Jewish people. At least that's how the story is told on the street. Were they exploitive? Some think so. But, no, I don't. Are all businesses exploitative? I don't think so. Many of these Jews had grownup in the neighborhood. Many had stayed in the neighborhood when other whites fled. Yes, they were there to make money. But they also spoke English and hired locals to work in their stores. In hindsight, these were the good old days.

After the riots in the late 1960s, many of these store owners felt betrayed by the anger, left broke by the destruction, and realized that a little profit wasn't worth their life. A lot of businesses packed up or closed for good.

Over the next 30 years, more businesses closed. And not an insignificant number of these after the owner got killed in a robbery.

Other stores include laundromats, bars, Chinese takeout (called "yakamee" in Baltimore), and corner stores. The corner stores are now mostly run by Koreans (who are still referred to as "Chinamen"). If the store owners can't afford a home in the suburbs, they may they live upstairs, in a sort of a castle-like fortress setup. 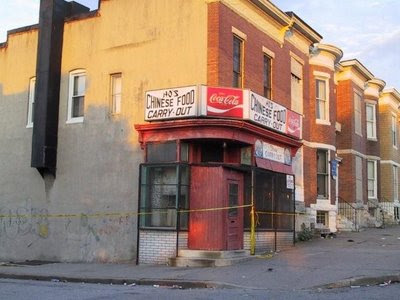 I can see the causes for resentment on both sides. At it's worst, think L.A. riots and Koreans guarding their stores with guns. The store owners sit all day behind plexiglas selling overpriced crap. Many don't speak English. Most hate their customers. And because they're behind glass and won't come out, they can't control what goes on in the lobby of their own store. And unlike the old days, these store owners, by and large, couldn't care less about the well being of the neighborhood. Still, and this is important to remember, the bigger problem in the neighborhood is too few stores, not bad store owners. Besides it's not easy to run a business in the ghetto. That's why so few people do it. I wouldn't. If running a store in the ghetto were such an easy way to make money, why don't you do it?

From the story: "More than 300 residents signed a petition in the spring asking the city liquor board not to renew the store's license.... 'With those doors locked, [the drug dealers] don't have a place to hide anymore.'"

For drug dealers, a vacant building is better for business than a store. Vacants don't attract people who don't want to buy drugs. Vacants don't call police. Vacants are good places to hide your stash. You can run away from police through a vacant. You can party and fuck your girl in a vacant. 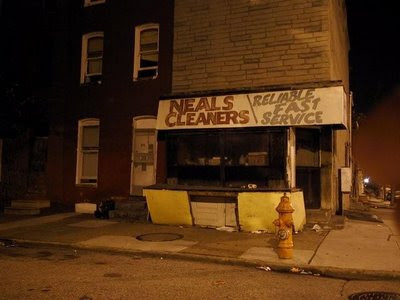 I was friends with a local man man who ran a corner laundromat. From behind the glass we'd drink coffee and talk about politics and race and I'd chuckle at the junkies who came in and paid 50 cents for a cup of sugar with a little coffee. The owner believed he was doing good. He was. If he closed, how would the old people on the block do their laundry? He was right. He also closed around 2pm because it was too dangerous after that. 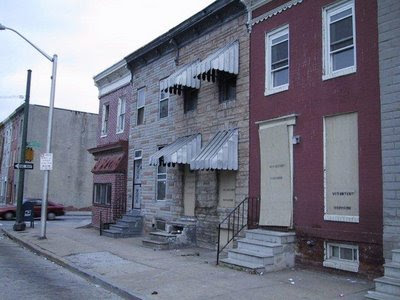 His corner was a bad drug corner. The worst we had in Sector 2. And that's saying a lot. For a while he called police because of drug dealing on his corner. When police pulled up, the dealers would run into his store (and cause trouble). After a while, police became convinced that he was a drug dealer. Because whenever police pulled up, there were drug dealers in his store. There's a certain logic to that, except it's wrong.

As much as I can guarantee anything, I can guarantee that this man was not dealing drugs. But what was he to do? He stopped calling police and continued to yell at dealers when they came in his store. There's nothing the dealers would have liked more than him closing for good. And that's why it's sad whenever a business closes. Every time a store closes, the drug dealers win. And by and large, the drug dealers have been winning a lot.