The Elusive Search for "Mr. Kingpin" 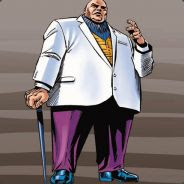 The LA Times reports that the ATF Director is expected to resign over the "Fast and Furious" gun program. It sure does seem a little strange for law enforcement to watch guns being sold to criminals and not acting.


The operation marked a rare instance in which ATF agents allowed guns to "walk" into the hands of criminals, ostensibly with the goal of catching higher-ups in gun-trafficking organizations.

But is this any more strange than watching drugs be sold and not acting in the name of gathering evidence, going up the ladder, and building a case?

Ah, the illusive search for "Mr. Kingpin." If only we could nab him, the whole criminal enterprise would tumble. Witness how we're all safe from terrorism after the killing of Osama bin Laden. And notice how the drug war in Mexico has been won after the death or arrests of not one but at least six drug kingpins: one, two, three, four, five, and six!

Update: This just in! Another kingpin has just been arrested! Seven is the charm.


Mr Calderon described the capture as a great blow to organised crime.... Mexico's security spokesman Alejandro Poire said the arrest had "destroyed the chain of command" of the cartel.

This drives me to drink, but excuse me if I don't break out the champagne!

Watching drugs move and not acting is different from watching guns move without acting. You can watch drugs move from wholesale to retail to smoke and nobody dies (generally). Watching guns move across the border and then get used to murder American law enforcement is a little different. What did the ATF think those guns were going to be used for?

It just highlights the absurdity of the war on the drugs.

As to the guns, I don't know, maybe the ATF took a sip of the NRA's Koolaid and went with the logic that guns don't kill people, people kill people.

Maybe the ATF was trying to flood the Mexican market with guns and drive down the price, so that the Mexican military and police wouldn't keep "losing" them.

Wikileaks revealed that over 90% of the weapons used by the cartels are either Soviet-bloc surplus from South America or grenades and automatic weapons that Uncle Sam gave to the hopelessly corrupted Mexican government.

We have a Lebanon on our border.