Here are some thoughts on Syria. Actually they're my wife's thoughts, but I second them.

I've never traveled in any country where the people have been as nice, hospitable, and honest as the average Syrian (and also not pushy or sleazy). It's also perhaps the cleanest country I've been in (I've never been to Japan). The food is delicious... as is the Arak.

So I'd like to add some of my pics to my wife's collection of "nice Syrians we've come across." Though it's not mentioned, the pic of us with the bike store man... after he shared his delicious lunch with us, he then offered us a free bike for our first-born child -- "blue for a boy, pink for a girl." I'm pretty sure he was serious... even though we have no plans on testing his generosity by having a kid. And it's a shame we don't have a picture of Mr. Coco, the sweet and misty-eyed Armenian tailor-extraordinaire in Aleppo. But I still have the shirt he made for me. Quality work.

The drink vendor below, the well dressed kid on the right, was very professional. After serving us, he politely inquired, "Do you have tamarind in America?" We told him no so much, but it is very popular with Mexicans (tamarind is also why your Thai pad thai tastes so good). Then he refused to accept our money when we tried to pay. That actually happened to us a lot. 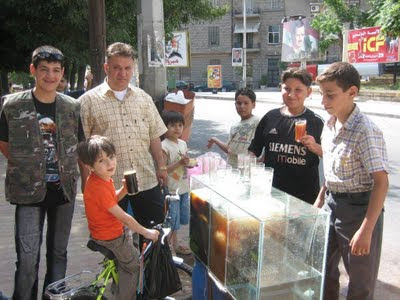 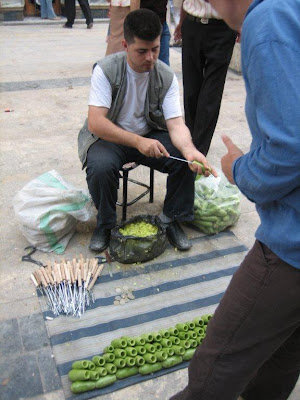 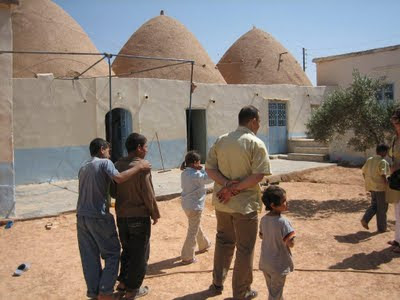 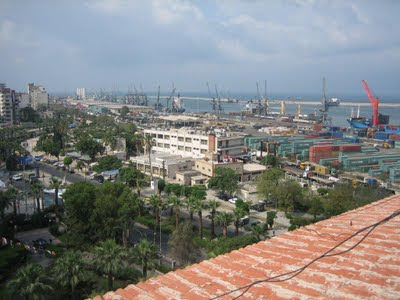 That last picture is from the roof of our hotel in Latakia (we slept up there one pleasant night when the hotel was full). You can see the city's harbor from which ships have been assaulting parts of the city.