An all too rare reporting of a cop doing a good deed.

Of course the cynic in me worries that he will get in trouble for 1) being off post, 2) shopping while on duty, and 3) accepting a police discount. That's they way cops think because that's the way the departments can f*ck you, when they want to. Only the good press might save him.

Why do we let police work in a system where they can get in trouble for buying shoes for a barefoot homeless guy?

[Update: The homeless guy was found barefoot again by the New York Times. He said the shoes were in a safe place because they were worth a lot of money.]
1 comment:

A BJS report reports the number of state and federal prisoners decreased last year by 17,264. This has been called a small step in the right direction (since there's no reason the US should lead the world in incarceration rate and numbers).

But what I haven't heard, and it seems relevant, is that this decrease can wholly be accounted for by the Supreme Court ordered reduction of prison overpopulation. This has resulted in a 25,000 inmate decrease in the California prison system. And it means that prisoner population in the non-court-ordered rest of the country actually increased by some 7,000. (Local jail numbers are down 30,000 nationwide, or 45,000 if one excludes California.)

So while I'm happy to see a reduction in unnecessary incarceration. This isn't actually a step in the right direction. Because a step implies some sort of trend, where the next step will be in the same direction. California prisons still have another 7,000 prisoners to rehouse. Meanwhile, back in the other 49 states, we're still walking in the wrong direction.

Email ThisBlogThis!Share to TwitterShare to FacebookShare to Pinterest
Labels: incarceration

SafeKeepers is a video series profiling law enforcement officials who've been on the front lines of the drug war and mass incarceration.

(in partnership with LEAP)
No comments:

The Law and Order Database

Why TV isn't reality. And done in such a charming nerdy way.
1 comment:

Email ThisBlogThis!Share to TwitterShare to FacebookShare to Pinterest
Labels: courts

"Did you say tenured-track professor in New York City!?"

My department at John Jay College of Criminal Justice (Law, Police Science, and Criminal Justice Administration) is hiring 3 (count 'em, three) tenure-track assistant-professor lines. Two are police-related; one a more general criminal-justice (or it might be the other way around, but that doesn't really matter).

You can read the job postings here (for police) and here (for criminal justice).


You need a PhD or have to be on track to get one in the spring.

Related, I and some of my colleagues will be at the ASC conference in Chicago this week (I'll be there Wed-Sat). We're looking for a few good men and women. Come find us and we can all tell each other nice things about ourselves.

Email ThisBlogThis!Share to TwitterShare to FacebookShare to Pinterest
Labels: for academics

My friend, Neill Franklin of LEAP, spells it out (and does so far better than I could have).

How's that border fence working out? 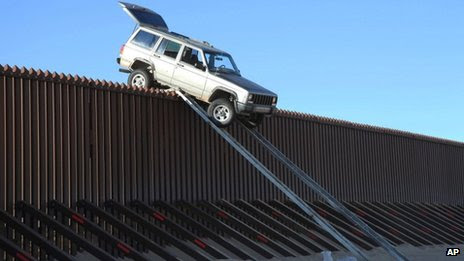 Ironically, at least this time, better than you might think!

In Memory of Crystal Sheffield

Who died in the line of duty, ten years ago.

Email ThisBlogThis!Share to TwitterShare to FacebookShare to Pinterest
Labels: Baltimore, police culture
Newer Posts Older Posts Home
Subscribe to: Posts (Atom)
Peter Moskos is a professor and chair of the Department of Law, Police Science, and Criminal Justice Administration at John Jay College of Criminal Justice. He is the director of John Jay's NYPD Executive Master's Program, on the faculty of the City University of New York's Doctoral Programs in Sociology, and a Senior Fellow of the Yale Urban Ethnography Project.