Daniel Chong was awarded $4 million after he was detained, told he wouldn't be charged, and then left in a windowless cell in the DEA's San Diego headquarter without food or water for four days. He drank his urine to stay alive and after being found spent three days in the ICU.

Ta-Nehisi Coates on Stop and Frisk. It's also well worth scrolling down to read his posts on Trayvon Martin and Zimmerman. Coates is one of the main reasons I haven't written very much on the subject (another being I was on the road). Coates wrote what I was thinking. And he wrote it very well.
No comments:

Why it was less than a year ago that we got Heriberto Lazcano, the founder and principal leader of the Zetas. And now the Times reports:


The leader of ... the Zetas, was captured Monday in a city near the Texas border, an emphatic retort from the new government to questions over whether it would go after top organized crime leaders.
...
Mr. Treviño is the highest-ranking and most-sought-after drug capo arrested by the government of President Enrique Peña Nieto of Mexico, whose aides had questioned the so-called kingpin strategy of his predecessor, which had emphasized high-profile arrests.

If you're counting, and I am, this is the 11th Kingpin we've captured in less than three years! Start the chant: War on drugs! War on Drugs! USA! Mexico!

The BBC mentions in passing: "The fear is that it will lead to a period of violent in-fighting between different Zeta factions as they try to assume control of the criminal organisation, our correspondent adds." Ya think?

Am I disappointed in the verdict? Yes. Is it inconceivable based on the idiodically written stand your ground law? Alas, no. And now that Zimmerman walks free, can we talk more about repealing this horrible law? Legal justice is not moral justice. I wrote this last year:

The law is written in such a way that even if you are the aggressor, if at any moment you reasonable believe that you're in imminent danger of great bodily harm and can not get away, you can use lethal force, and it's OK.
...
It wasn't like they weren't warned before the law was passed. Let's set the Wayback Machine for the year 2005:
"It's a joke. Unbelievable. It's a bad joke," said Drewes of the new law. "If you shoot somebody in anger, what are you going to say? I made a mistake. I wasn't in any danger. Take me away?... They're all going to lie. They're all going to say 'I did it to protect myself. I was in fear for my life."
...
Gelber, a former federal prosecutor, said no one has ever been prosecuted in Florida for lawfully protecting themselves. "Do we tell those people that they're supposed to walk away or do we tell them that you're supposed to stand your ground and fight to the death?"
And here's the actual Florida statute:
(1) A person who uses force ... is justified in using such force and is immune from criminal prosecution and civil action for the use of such force.... The term “criminal prosecution” includes arresting, detaining in custody, and charging or prosecuting the defendant.

(2) A law enforcement agency may use standard procedures for investigating the use of force as described in subsection (1), but the agency may not arrest the person for using force unless it determines that there is probable cause that the force that was used was unlawful.

(3) The court shall award reasonable attorney’s fees, court costs, compensation for loss of income, and all expenses incurred by the defendant in defense of any civil action brought by a plaintiff if the court finds that the defendant is immune from prosecution as provided in subsection (1).

This law is so poorly written that it really would take such a case as messed up as this one to even think of prosecuting somebody.

I received this interesting and thought-provoking email from my friend Alan (bold added):

It seems to me that if Zimmerman is convicted of a felony, then the Florida laws are apparently defensible. Sure, a guy is allowed to shoot someone in certain circumstances; in this case such circumstances did not present and so he's going to jail. The laws did not apply and the state justly punishes the perpetrator.

On the other hand, if the prosecution fails and the court acquits, now we can assert the Florida laws have accommodated the brutal slaying (since you can't call it "murder"!) of an unarmed youth, and now we can more easily make a case that the FL laws are ridiculous.

In other words, as liberal pacifists who appreciate the state's monopoly on armed force, a guilty verdict serves us poorly. It has the welcome effect of obtaining immediate justice for Trayvon Martin's death (since repealing the laws presumably wouldn't remove Zimmerman's protections that applied at the time), but Florida civilians can continue to walk around with concealed weapons and use them with impunity. The long play here is to pull for an acquittal.

I prefer the short-play here and would like to see the killer of Martin convicted. But I think the Florida stand-your-ground law is so broad (and poorly written) that I can see a legal case for Zimmerman's acquittal (though not a moral one).
8 comments:


Harry J. Anslinger, commissioner of the Federal Bureau of Narcotics (predecessor of the Drug Enforcement Administration) declared, “Marijuana is the most violence-causing drug in the history of mankind.”


Seven decades and hundreds of studies later, we no longer have an excuse for indulging the myth of “reefer madness.” It has no place in our courts — which means Mr. Martin’s toxicology report doesn’t, either.

Happy 4th of July from Oakland

Just strolling around Oakland at midnight, as you do.

Notice the cop car crashing into the donut O.

As I took this picture a man stopped, looked at me, and said sternly... "Don't miss the giant owl across the street."

It was big. But too big for a good picture with a phone camera flash. 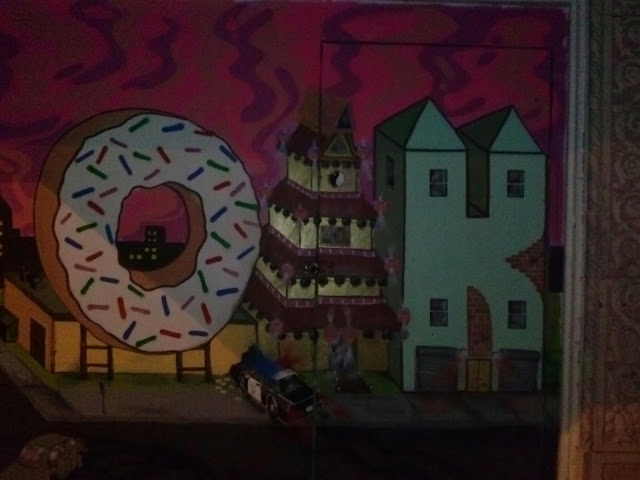 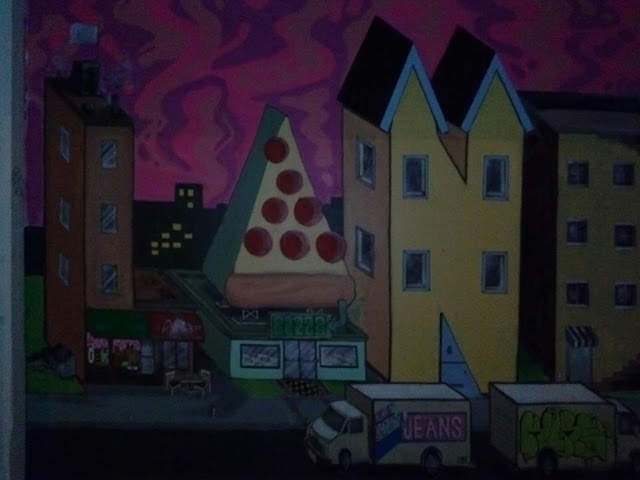 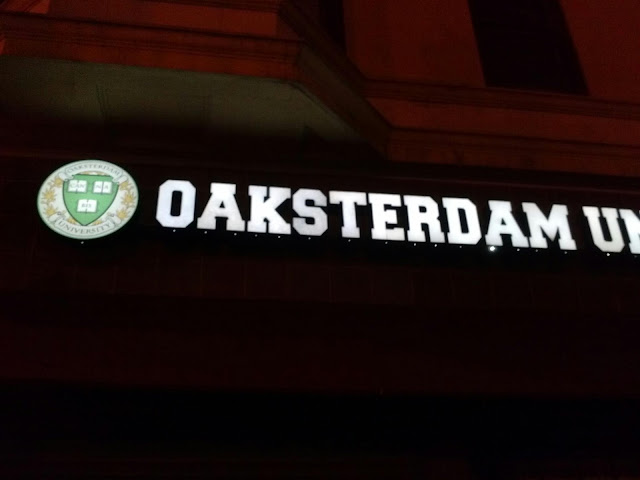 Email ThisBlogThis!Share to TwitterShare to FacebookShare to Pinterest
Newer Posts Older Posts Home
Subscribe to: Posts (Atom)
Peter Moskos is a professor and chair of the Department of Law, Police Science, and Criminal Justice Administration at John Jay College of Criminal Justice. He is the director of John Jay's NYPD Executive Master's Program, on the faculty of the City University of New York's Doctoral Programs in Sociology, and a Senior Fellow of the Yale Urban Ethnography Project.