Cliven Bundy and the Law

There is justifiable liberal outrage over Cliven Bundy's land-rights claim, his refusal to recognize the federal government, and his kookie armed supporters who forced the government to back down. And by kookie, I mean men who say they're going to use woman and children as human shields (in other contexts we blame terrorists for that).

It is also indeed true that were the group armed non-whites (or even unarmed liberals) who broke the law (or not) the government would be much less likely to back down.

But that's not the take-home lesson here.

And in fact, law enforcement has gone after armed whites before. In places like Ruby Ridge. And Waco. It didn't end well. 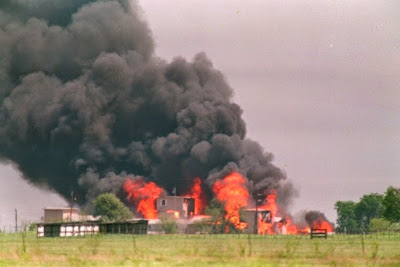 Janet Reno never apologized for the Waco killings. And liberals were shamefully silent (or downright supportive) about these events because, well, there was schadenfreude at seeing guns turned on them, for a change. But that didn't make it right. You don't have to like somebody to think they shouldn't be assaulted (or assassinated) by the government!

And then there was MOVE. They were bad neighbors (and not white conservatives). And the law didn't back down. How did that end up for the neighborhood? 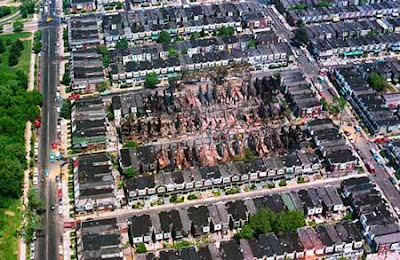 In the case of Cliven Bundy and his seditious friends, it's fabulous the government backed down!

What we saw here was law enforcement avoid a violent confrontation that was a lose-lose situation.

Why? Because the alternative would have been bloodshed. Sure, it would have been their fault and their blood. But so what? (Though I imagine there is nothing more than some lefties might like to see more that cops and right-wing kooks killing each other -- personally, I'd just settle for an interesting Venn diagram of those categories).

But does it really take Bill O'Reilly to speak common sense and grill a Bundy supporter as to why his movement is any different than Occupy? Of course the right does a disservice to Occupy by comparing the two movements (For the record, Occupy has does much more in the public's service than Bundy, and Bundy is destroying property), but there are similarities. Does it really take Glenn Beck to provide a voice of reason?:

I don't know who these people are. They all might be great. But here they are, they're acting, they're enraged, they're enraged. And they're confronting the federal government officials. I get that. But this is not the way to win.... I want to be clear, 100 percent clean on one thing all of us should agree on, and unfortunately, I don't believe we do, both left and right. And that is, we need to agree on, we condemn those who use violence. Inciting violence doesn't solve anything. I vehemently denounce anyone who even hints at such tactics.

I suspect the law hasn't given up on Bundy, it's just some wise person saw a road leading to death and decided to take a different path. I suspect that Bundy will be prevent from trooping his cows over federal land in the not-too-distant future (at least I hope so). At the very least the government can put a lien on his land and take it when when he dies (hey, what's the rush?). There are better ways of getting him to follow the law than starting a gunfight and making him, as required by his state's constitution, pledge allegiance to the federal government.

There's this belief, too common in the conservative law enforcement community, that you can never back down. Sometimes a tactical retreat is just what is order. Live to fight another day. All the above (except maybe the MOVE situation) could have been resolved peacefully. Johhnie Law doesn't have to get in a my-dick-in-bigger-than-your-dick pissing contest with every person who disrespects authority.

The Bureau of Land Management and other involved law enforcement agencies should be applauded for their common sense and willingness to not make a bad situation worse. Rather then provoke a fight, they focused on preserving life and a goal-oriented style of policing. That is the take home lesson. Well done, Feds!

"It is also indeed true that were the group armed non-whites (or even unarmed liberals) who broke the law (or not) the government would be much less likely to back down.
[...]
And in fact, law enforcement has gone after armed whites before. In places like Ruby Ridge. And Waco. It didn't end well."

Why put this if it has nothing to do with your point?

I mean, I guess I understand what you're going for. It's a pretty big leap for one data point, I think.