In honor of Officer Ramos, I'm reprinting some of what I've written about police funerals in Baltimore. I went to too many of them:


Twenty months in Baltimore wasn’t very long, but it was long enough to see five police officers killed in the line of duty. And there were other cops, friends of mine, who were hurt, shot, and lucky to live. A year after I quit the force, my friend and academy classmate became the first Baltimore policewoman killed in the line of duty, dying in a car crash on the way to back up another police officer.

Crystal Sheffield patrolled opposite me in the Western District. Occasionally I would switch my radio over to the Western District channel to see what she was up to. When she died, I returned to Baltimore, hitched a ride in a police car from the train station to the funeral, and stood in the cold rain at attention in my civilian clothes with my uniformed fellow officers. Police funerals are one of the few events that bring together law enforcement personnel. Funerals give meaning to that often clichéd concept of Blue Brotherhood. At an officer’s funeral, police-car lights flash as far as the eye can see. Thousands of police officers wearing white gloves and black bands on their badges stand at attention. Guns are fired in salute. Bagpipes are played. A flag is folded. The coffin is lowered into the ground.

At the end of a Baltimore police funeral, a dispatcher from headquarters calls for the fallen officer over all radio channels. The response, of course, is silence. After the third attempt the dispatcher states the officer is “10- 7.” Ten-seven is the rather unsentimental radio code for “out of service.” Ten-seven usually refers to a car, an officer handling a call, or an anonymous murder victim on the street. To hear your friend and colleague described as 10-7 is heartbreaking. In this way the few officers left working the streets know the burial is complete.

A few seconds later a routine drug call is dispatched or one bold officer reclaims the radio airwaves for some mundane police matter. A car stop. A warrant check. A request for a case number. The show goes on. Sometimes it just don’t make sense. 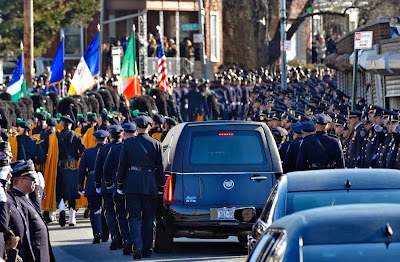 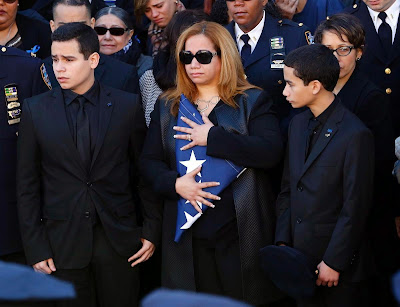 Were the officers from the unmarked unit at the funeral?