Problems are the reason for your job 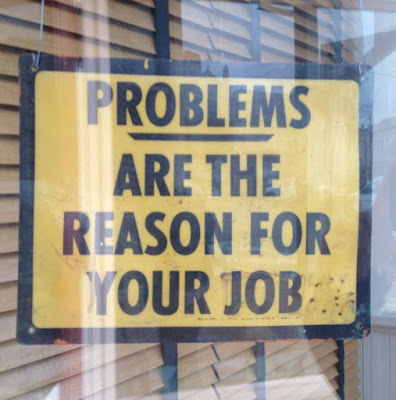 But still, this is getting a little crazy. 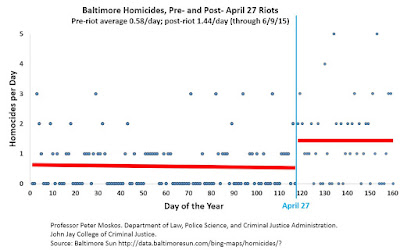 Before the riots, there were 0.58 homicides per day in Charm City. Since April 27, there have been 1.44 homicides per day. That's an increase of 150 percent! (148%, to be precise) And the increase happened literally overnight. I don't think that has happened before. Anywhere. Ever.

It's summer. Shootings always goes up in the summer. Well, that is true. But that's not the problem, either.

According to BPD data, in the 28 days from May 10 to June 6, there were 127 shootings and homicides in 2015. Last year same time? 50. Robberies of convenience stores and gas stations? Up from 5 to 21. (Robberies overall are up "only" 32 percent compared to last year (28 days) and 12 percent year to date. But I do wonder if street robberies, the largest category, are less likely to be reported to police as of late.)

Police matter. Leadership matter. And I don't see things getting better in the police department until we see better leadership.